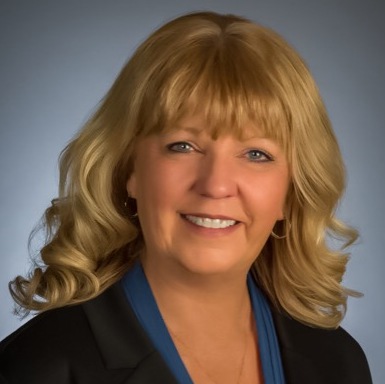 * Over 35 years of combined experience in the real estate industry -
More experience to offer you and your clients.
* Financial strength & stability -
Fortune 500 company, FNF on the NYSE.
* The most comprehensive coverage available -
The best value for your clients money.
* Outstanding customer service -
This is where we shine...Give us a try!
* California based company -
More control over our local contractors.
* Call us today and put us to the test -
You won’t be disappointed!

Realtor
We have used Disclosure Source and Fidelity Home Warranty for over 16 years. Sharon and Sandy Are exemplary in their service!

Realtor
They have the best company and servuce. Their service is very personnable.

Title`Rep
Sharon & Sandy are my GO TO referrals for Home Warranty! I have referred my clients to them, but more importantly I have referred on them for myself. I have dealt with other reps for other brands and these two put them all to shame!

Realtor - Keller Williams OC Coastal
I have been recommending Fidelity National to my clients and they have reported great service and quick claim turn around times.
The service by Sandy and her team has been so good that I ordered a home warranty for myself :)
Thanks for making my clients happy!
Michelle Correll

Realtor, Keller Williams OC Coastal
Sandy Dow is amazing....She makes my job so easy! Thank you for your
service!!!!

Realtor
I have not only recommend Fidelity to all of my clients but I personally have a policy. Every time I have called Sandy she has always done everything to resolve any problem. These two are simply the best.

Realtor
I have recommended Sandy & Sharon of Fidelity Home Warranty to my clients for 18 years and never been disappointed. I have also personally purchased their home warranties for my last 3 homes and have been glad I did. Their handling of claims is quick and easy and very fair!

Realtor
Fidelity National Home Warranty are my go to Specialists. I never have to worry about my clients ever having any problems with their coverage.
Sharon is a true professional and is always there when you need her.

Realtors
We can not say enough about the exemplary service, knowledge and professionalism of Sandy, Sharon and Fidelity National Home Warranty and Disclosure Source. We have used their services fie over 10 years and have had top service for our clients. We highly recommend them.

Realtor
I have used Sharon and Sandy from Fidelity for years!!! I have placed so many people with them that I have long ago lost count. In fact, I have an escrow closing next week. Because of their responsiveness and commitment to service, I would never consider using anyone else. Best yet, I have always had happy clients!!!

Sandy and Sandy are amazing for what they do not only for their clients but also for the association of Realtors. Thanks for all you do

Realtor & Home Owner
We always use Disclosure Source for our real estate transactions. The reports are consistently delivered promptly and are complete.

As a home owner we have a Fidelity National Home Warranty on our primary residence and also on rental properties. When placing a claim Fidelity has contacted the required vendor promptly. Sharon Whaley and her staff have been very responsive in solving any problems which have come up.

Residential Realtor
Dear Sharon and Sandy: Thanks so much to Fidelity for again protecting both my reputation and my clients' very frazzled nerves. Escrow closed Friday. Saturday they moved in and discovered a nonoperational garbage disposer. Monday morning I called Fidelity, explained the situation and they sent someone out right away. The technician and I were both in touch with Fidelity during the process as we understood the precarious position my clients were in with the risk of a preexisting condition. From my initial call, then two followup calls and finally speaking with Authorizations, each individual was patient, polite and sounded concerned rather than being cynical. At my instruction and my promise to pay if nothing was found, the technician - a man with 35 years experience, very skilled - and who had previously told me what a busy day he had ahead of him, with a smile on his face took the time to carefully dismantle the unit. He examined it thoroughly and found nothing. As soon as he explained all this to Fidelity and read them the inspection report stating its' functionality, Fidelity immediately authorized full replacement of another 3/4 horse unit which he had in his truck. No squabbling, no further delay, no grousing about schedules. The technician said, as I have heard from many other trades people, that Fidelity more than any other warranty company stands behind their contracts. My clients felt as if they were they only people Fidelity and their staff had on their calendar and I was incredibly relieved but not a bit surprised. This has been my experience with Fidelity for almost 20 years! Thank you!!

Realtor- First Team Real Estate
To whom it may concern-
I would like to pass on my recommendation to work with Sharon Whaley and Sandy Dow from Fidelity National Home Warranty. Both Sharon and Sandy have an in depth knowledge of the Home Warranty industry as well as issues regarding Natural Hazard Disclosure Reports. In addition, their customer service is outstanding! I would recommend them both without reservation.

You will no longer receive recommendation requests from Sharon Whaley