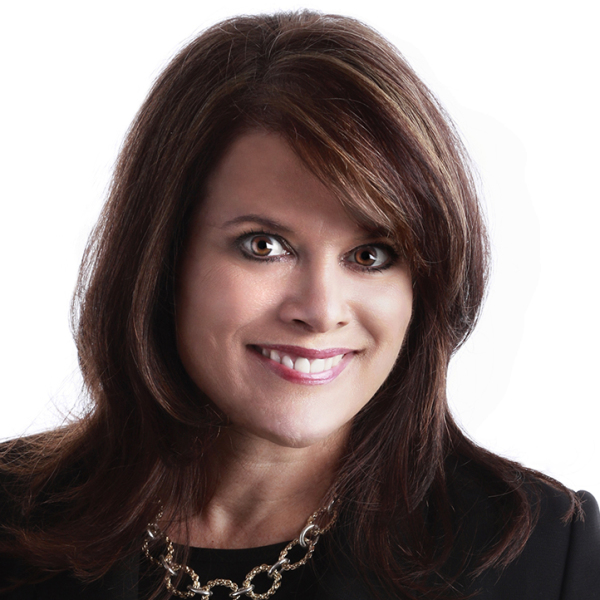 Helping grow your business by saving you time and money. Heritage Title Colorado
I started in the title industry in the Napa Valley shortly after graduating from Miami University of Ohio. I have lived in Colorado Springs since 1995 and have enjoyed all areas of the title industry from customer service, title examining, processing, presenting closings to sales. I have been in the industry for over 19 years and enjoy solid relationships with lenders, brokers and realtors. My experience has enabled me to assist my clientele in all areas of the closings from order entry to the presentation. My goal is to train industry professionals in marketing to assist their business productivity while saving them time, money and energy!

Realtor ReMax Properties Inc.
Keryn is the most helpful sales rep I've had in 28+ years in the business! She has taught me to use the many tools that are available for todays real estate professionals and is always patient and kind. Keryn is a tremendous asset to the industry.

Realtor
Keryn is very knowledgeable and extremely helpful. She responds very quickly and continues to provide a high level of excellence in her work with my real estate team. She also employs fantastic web based systems we find helpful for our clients. Thank you Keryn!

Broker Associate with Merit Co., Inc
Keryn has been a wonderful asset to our office and my personal business. She's always been eager to offer assistance, and keep us up to speed on "tools" that can improve our productivity. I don't think I've ever called her and not received a call back within 10 minutes!! She is absolutely the best representative I have known in my 22 years in Real Estate.

Broker Associatd
Keryn gave me the tools to help build my new career as a new agent. She continues to help provide assistance and teaching when I request it. I highly recommend Keryn.

Sales and Marketing Support
Keryn is one of the most hard-working, knowledgeable Sales Executives I've had the pleasure of working with. Her being amongst the top 5 producers with Heritage Title, she is committed to helping her escrow team and clients grow their business. I would recommend her to anyone who has the desire to reach their full potential.

Realtor
Keryn DeRubis is amazing to work with. She knows her stuff and has been in the business for a long time. Very quick to respond, even at all hours of the night. When all hell is breaking loose she's the one to keep me calm. I really enjoy working with keryn and I hope you can too.

Southern Region Vice President - Heritage Title Company
Keryn is one of the most enthusiastic and positive people I have ever met!! She is a joy to work with and brings her positive attitude and work ethic to everything that she does. She is very knowledgeable on all of the products and innovation that we have to offer clients to help them grow their business.

Escrow closer
We love Keryn! She is knowledgeable, enthusiastic and always willing to help out. I love having her as a part of our team.

Real Estate Broker Associate
I have been doing business as a Real Estate Associate Broker in the State of Colorado/Colorado Springs for over 29 years and has yet to find a more Dedicated, Professional and Reliable person than Keryn DeRubis of Heritage Title. Her Dedication to Detail, Perserverance, Desire to respond to the needs of her clients and outstanding knowledge of title requirements sets Keryn above all others and for this I would highly recomend Keryn DeRubis at any time.

Vice President Heritage Title Company
I have had the pleasure of working with Keryn now for almost 5 years and am still impressed every day by her energy, positive attitude and commitment to her clients. She is very knowledgeable about the local Colorado Springs Real Estate market and works with her clients to help them increase their sales and market share by recommending the proper tools and programs based on their specific needs.

She always has a smile and is always to there to support her co-workers and clients.

VP Lending Solutions
You will not find a harder working or more committed individual to her clients. Keryn has the unique ability to manage relationships at the highest levels and also to understand operational processes and goals. Perhaps the most admirable characteristic is Keryn’s commitment to adapting to the constantly changing environment. Having been tested over the past years, Keryn was focused in her ability to create opportunity and successfully manage through challenging situations. I recommend Keryn without reservation.

Realtor
Keryn is an amazing person to work with. She always has a great attitude and always gets the job done. I enjoy working with her and Heritage Title!!!

Wow, I just realized that I've known Keryn for almost 11 years. At any rate, during this tenure I have found Keryn to be quite the professional with the upmost integrity.

Being in this business, one knows that there’s just an array of circumstances that come up. That being said, when a situation would arise that needed immediate attention Keryn would make sure it would be taken care of or would handle it herself. Such things as a commitment rush, partial releases, requirements, subordination agreements and quit claims are some examples. Also, Keryn would make sure that final loan policies were sent as soon as they were typed. She recognized that being a Federally Insured Institution, Examiners, during exams, would hone in on loan policies and having them on file was one thing less I had to concern myself with.

In this day in age you don’t experience or see a lot people take pride in their job. Keryn is not one of these individuals and takes a great deal of pride on going above and beyond the norm.

Escrow Officer
Working with Keryn for the past Year and a half has been a great pleasure. Keryn understands that providing the best tools and information in our industry is a necessity but she is driven by the relationships and friendships that are developed along the way. I can always depend on her to help make our transactions as smooth as possible.

Realtor
Anyone who says "there's no such thing as a stupid question" has never heard some of mine. Keryn, however has to field my questions on a semi-regular basis and I cannot imagine how she could do so with greater aplomb and grace. Keryn is one of a dying breed of "fixers," those folks who can simply figure out how to get answers and solutions, drawing either from her own experience or by knowing a guy who knows a guy and she will leave you in amazement at how quickly your questions, problems, and needs are addressed. To make a short story long, Keryn is most often the first call I make whenever I run across complicated situations; she's that good.

Broker Associate
I am in no way a computer savvy Broker but I don't have to be because Keryn is always there to help me figure it out. She is not only a big help to me and my business, but I now consider her a friend. If you are looking for a great Title Rep, you just can't do better than Keryn DeRubis!

Keryn is absolutely awesome! I have worked with her for years and she always gets my questions answered within a timely matter, most at the same time as our conversation. She is a wealth of information and always a pleasure to call and work with. She makes me feel as if I'm her number one client and truly cares about all her clients! Always happy and excited to hear from you. I would recommend her to anyone and especially new agents as she has so much to offer you to get your business going.

Owner, CFG Commercial Mortgage, LLC
Keryn DeRubis of Heritage Title Company, is a very knowledgeable professional, with high integrity. I have worked with Keryn for many years on all types of financing projects,both in the past and currently, and she does an outstanding job. When there have been issues, she is on it, to find the correct solution. I recommend her to anyone requiring Title Commitments and for her problem solving abilities.

Realty Connection
Cant imagine anyone more pleasant to work with than Keryn! She is super helpful, knows her industry, and always delightful to talk to! Highly recommended!

Real Estate Broker Assoc.
I have had the good fortune to have worked with Keryn since I started in Real Estate. I have NEVER seen her with out a positive and cheerful smile on her face. She is very knowledgeable about marketing and has lots of tricks up her sleeve. She is always ready to help out!

Customer of Keryn DeRubis
I have been working with Keryn DeRubis since about 2005 where she has always worked hard to help me with real estate market information, purchases and financing.

Keryn truly understands her position in the title insurance industry; and how to effectively apply her talents and skills for successful Commercial or Residential real estate transactions.

Keryn excels in technical knowledge, escrow closing, first class client support and networking with key industry professionals. The best part is that she has been with the same company for about 15 years; now that is a dependable professional.

Mortgage Loan Servicer
Keryn is always so helpful when it comes to issues with title work and anything else for that matter! She always assists with a smile and if she doesn't have the answer, she will research it and find it for you! Keryn is a WONDERFUL asset to Heritage Title. She is definitely your "go to" person. She is AWESOME!!!

Past Mortgage Loan Officer -Ent FCU
I have known and worked with Keryn for at least the past 7 years and have always enjoyed working with her. Keryn is very knowledgeable, friendly, caring and always on the spot. She is surely an icon in her field of work.

We love Keryn's always cheerful offer of "whatever you need help with, please let me know!" She's always been there when we need her & quick to get listing books put together for us, etc. Keryn's been great to help us with tools that are advantageous to our marketing and business in general. This makes such a nice difference and helps us streamline our work so we can pay better attention to our great clients! Thank you, Keryn!
Show More

You will no longer receive recommendation requests from Keryn DeRubis