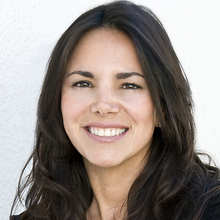 Realtor Pacific Union International
Andrea is a Senior Sales Associate with Pacific Union and a Top Producer. As a full-time realtor for the past 20+ years, she has participated in the closing of over $400 million in transactions. Andrea handles the diverse needs of clients across a wide variety of housing types and neighborhoods. As a San
Francisco native, she understands the various neighborhoods throughout the City and how they have developed and changed over the years.

Professor at UCSF
We found out in December 2012 that we were going to be kicked out of our rental the following year, just as the San Francisco market exploded into total insanity again. My sister recommended Andrea as an agent when we started looking to buy a place and finally escape the cycle of losing rentals to landlords eager to cash out. Back when the San Francisco housing market was less insane, Andrea had successfully negotiated the price of my sister’s condo down, twice, before she closed. About a week after we met Andrea, I was run over by a distracted driver and we had to give up looking for several months while I recovered enough to walk again, with housing prices ballooning up every week. When we were able finally start looking at real estate again, we were horrified at how much more difficult the market had gotten for buyers and we were also running out of time. Worse, I was still disabled, which limited the areas and types of units where we could live (no 3rd floor walkups).

We feel immensely fortunate that we had Andrea helping us through the process of buying a home. When we met she came to visit our current rental to see how we lived and learn what we wanted. Ultimately we looked at several places and bid on three, and the third time we won. As depressing as it was for us to lose the first two times, we have friends who bid on over a dozen places before they won one. Each time we bid, thanks to Andrea's coaching and knowledge of the market, we made offers that put us in the top three. The place that we bought, although it cost way more than we'd hoped to spend when we started looking the year before (not Andrea's fault, but the terrifying 2013 San Francisco market), was on the street we had most hoped to live and exactly the kind of place that we had originally told her we wanted—and the nicest of the three places we’d tried to buy.

We feel incredibly fortunate and we know that we would not have been successful if we had not had her advice. We were first-time buyers and needed a fair bit of hand-holding, and she is very patient about that (plus trying to buy in this market makes everyone pretty crazy almost immediately). She suggested changes to our offers that we would not have even considered, as well as providing different potential numbers we could bid (long shot, most likely, and aggressive) that let us know the likely outcome of an offer even before we made it (we learned to go with “aggressive”). Andrea knows a lot of the agents working in the city and they all seem to like her; she promised them that we'd make any transaction involving us smooth, and that promise made our offers look better too. Her knowledge of the San Francisco market is incredible.

Real estate is a weird business—nearly anyone can call themselves an agent, hang out a shingle, and make the same percentage on any sale as someone who actually knows what they’re doing. And in a less terrifying market than San Francisco the difference between an okay agent and a great agent may not be particularly significant. But in this market it seems like only a stroke of good fortune or an actual fortune could make you a successful buyer without a great agent. We have friends who worked with other agents who began looking to buy a place before we did, and yet despite the fact that we had to take several months off we are, as yet, the first ones who actually succeeded in getting a place. After going through this process my sense is that if you want to actually buy a place to live, instead of making bids and losing out over and over again, Andrea is your agent.

Andrea is one of the best real estate agents I have worked with. She is very passionate at what she does and she does it well. My parents and I started looking for a house in SF about 10 months ago. We knew it would be very challenging because of our situation. Andrea was very patient; she went through every possible scenarios and came up with different strategies. In this time span, we have gone through over hundred open houses; bid on probably twenty different houses or condos. It was exhausting, and we wanted to give up many times. It was Andrea's positive attitude and her promise of finding us the perfect house, we kept on looking. We finally won the bid against twenty other bidders and is thrilled with the house we bought. It is not possible without Andrea's help! Through the whole experience, I always felt Andrea is on my side like she is finding the place for herself. I want to recommend her to everyone I know, and will definitely ask for her help again when I am ready to get a place of my own.
Show More

You will no longer receive recommendation requests from Andrea Swetland