I have known Sharon for many years and realized after being represented by another real estate agent, what a mistake I made by not contacting her first.

I told her I was looking for a home in South Salinas and she came up with several which matched my criteria. After looking at all but one, Sharon took me to the last home. I told her I had already considered the home, but decided against it a few months prior. Sharon insisted I actually look at the home with an open mind. Much to my surprise, I found it to be the "ONE".

As soon as I started the purchase process, Sharon was there for me every step of the way (in person). I was vigorously represented by Sharon, during the entire process. She was very fair with the seller's issues as well. The entire process took approximately one month, from viewing to final purchase documents.

I have to say, I hope I am able to purchase another house, as I will definately contact Sharon to represent me.

Thank You Sharon- You're the Best!! 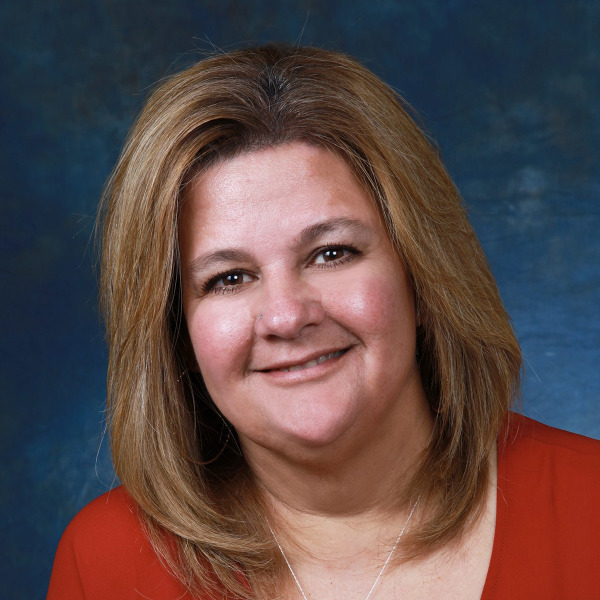 ★ ★ ★ ★ ★
Sharon is an extremely professional, courteous, and honest real estate agent. I never once felt like a mere dollar value as I had with other agents, but more of a friend. I was so impressed with Sharon I not only used her for the sale of my home, but also had her represent me in the purchase of my new home. She is very responsive and does not beat around the bush. I highly recommend her. You will not be disappointed!

★ ★ ★ ★ ★
Sharon was amazing! She made each step of the process easy and pain free, She was thoughtful and kept me informed. On the evening before closing she took care of a problem that could have turned everything upside down.

Law Enforcement
★ ★ ★ ★ ★
Sharon gave me a good first impression that lasted the entire process. She was very helpful with explaining everything and that was huge because I was a first time home buyer. Sharon is an awesome Realtor and an even better person. I can’t recommend her enough.

Mary Carmen Zuniga
★ ★ ★ ★ ★
Sharon is a real pro! The information she shared with us, helped us, so that we could make good choices in our decisions. She also helped to ease our nerves when we needed it!

Sharon was great. I was selling two houses in Salinas and I live two hours away. She took care of all the small repairs and painting that the houses needed. Not once did I need to travel to Salinas to do anything to get the houses on the market. Also, her feel for what offers I should accept or reject was spot on.

★ ★ ★ ★ ★
We contacted Sharon Shaw-Flores to talk to her about selling my house. She was very professional and knowledgeable. She knows her stuff!!!! She made suggestions which we appreciated. She planned an open house for the weekend she listed it. It sold the second day!!! Sharon made the process so easy for us. We live in Idaho so we really needed someone whom we could trust. We would recommend Sharon with any realtor needs!!!
Thank you Sharon for all your help and knowledge. We appreciate all of your hard work!!

Investor
★ ★ ★ ★ ★
Sharon Shaw-Flores knows her stuff! We’ve had the pleasure of working with her on both buying and selling. She always has our best interest at heart and communicates effectively. We are grateful to work with someone as honest and hardworking as Sharon, her integrity is apparent in all aspects of her business. Looking forward to working with her again in the future.

Teacher
★ ★ ★ ★ ★
Our experiences with Sharon over the years have been nothing but exceptional. This is our second time buying/selling with Sharon, and she has always made herself available to us and was there to assist every step of the way. The homebuying process can be stressful, but her years of knowledge and experience is calming. We would definitely work with her again and would recommend her services to anyone interested in buying and/or selling.

Retired Dept. of Corrections
Before knowing Sharon Shaw-Flores, she was highly recommended by a friend and co-worker. With that strong recommendation I immediately made contact with Sharon and was kindly greeted with professionalism, knowledge, and understanding. I felt comfortable through the process where every transaction was handled with expertise. With that said, I would highly recommend Sharon to anyone needing a Real Estate Professional.

Supervisor
★ ★ ★ ★ ★
I particularly appreciated how quickly and efficiently Sharon works. In addition, she is very thoughtful and considerate. She guided us wisely in pricing our home for sale. Her experience gave my wife and I confidence in filling out all the documentation correctly.

seller
Sharon made the sale of our home the easiest and fastest that could happen.
She has a good feeling for what her buyer wanted and our home was perfect for them. We are happy that we left our home in good hands.

★ ★ ★ ★ ★
Sharon and her staff were very pleasant to work with. She was recommended to me by a coworker and I would recommend Her to anybody looking for a relator. She was very attentive, quick in responding to all of our many questions of first time home buyers. We would definitly use her again.

RN
★ ★ ★ ★ ★
Sharon is awesome! She listened to our wants and needs and found the perfect house. My husbands is a veteran and we wanted to go with a VA loan. Sharon knew all the ins and outs and the best people to work with in order to make it happen. We look forward to future endeavors and working with Sharon again.

Firefighter
I have used Sharon multiple times and she never lets us down! She is incredibly hard working and always goes above and beyond to help us! Highly recommend Sharon!

We found Sharon to be very friendly, professional, as well as a great resource in what it entails to purchase a home. She made the entire process of purchasing a home stress free. We would highly recommend Sharon to those interested in purchasing a new home!

★ ★ ★ ★ ★
As first time home buyers, my fiancé and I had no idea what we were doing. Thank goodness for the multiple recommendations that we received from friends. We reached out to Sharon with our questions and she was friendly and welcoming from the very beginning! She put us in contact with a finance team that was nothing short of amazing! Even though the process of purchasing a home is extremely stressful, Sharon was always honest and made everything as simple as possible. Unfortunately, my fiancé and I have completely opposite work schedules. However, Sharon always made it work! True dedication. And most importantly, she never seemed bothered by my hundreds of questions. I would highly recommend Sharon for any one that is looking for a home!

Law Enforcement
★ ★ ★ ★ ★
Sharon was awesome! I'm definitely going to be referring her to all my friends and family. She was consistently available for all our first home buyer questions. Sharon and the team she utilizes to complete the process, was no doubt an overall 5 out of 5 stars!

★ ★ ★ ★ ★
Sharon did an amazing job assisting us with the purchase of our first home. She helped make our dreams come true and I would highly recommend her in your future home purchase.

★ ★ ★ ★ ★
Thank you Sharon for all your help and guidance through this process. As a first time home buyer it can definitely be stressful but you made it very manageable. Thank you again for everything.

Comcast
★ ★ ★ ★ ★
Sharon is the best! I started to realize buying a house is not an easy process but Sharon was there every step of the way. Her experience and attention to detail truly made a difference. She did a fantastic job and I’m looking forward to working with her in the near future.

Science Teacher
Sharon did a great job lining up viewings of properties that I was interested in. She helped me land a property that other buyers were interested in. I couldn't be happier. :^)

Retired
Sharon exudes professional expertise and confidence which she delivers with a personal touch. I found Sharon to be resourceful, great at conflict resolution, timely in meeting deadlines, and she has excellent follow-up processes in place.
also
One of Sharon's strengths is her ability to understand her client's needs. She is good at listening to her client. I felt that Sharon engaged in the selling of my home from the first day I met her. She kept me apprised of how the sale was going each step of the way.

I highly recommend Sharon Shaw-Flores, and would definitely seek out her real estate expertise in the future.

Sharon has done an outstanding job selling our property ! If you're considering selling or buying property I highly recommend using Sharon to represent you!

Priest
We had a contract for the asking price within 14 days. Sharon knows her business and runs an efficient and effective business. I have no reservations in making a recommendation to choose her as your real estate broker.

Communications Technician
Sharon did a fabulous job! She was truly there for us and can't thank her enough. Sharon is a true professional and is definitely one of the best agents in Monterey County I have ever dealt with.
Show More

You will no longer receive recommendation requests from Sharon Shaw-Flores