I can, without hesitation recommend Brian as a realtor. Our search for a home was not without bumps in the road and he helped us navigate it smoothly and patiently. Brian is well-networked and knows the city and surrounding areas well, which is priceless in a realtor. Though the home we purchased is not what we initially set out to find, one year later we are IN LOVE with it and credit Brian's diligence and patience with bringing us to it. Thank you, Brian! 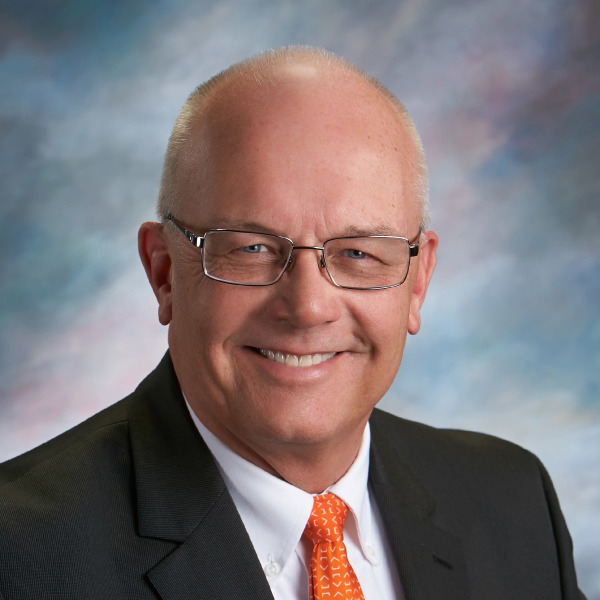 Teacher and UPS
Wow, where do we even start.... We first found out we were moving when Melissa received a call on a Friday afternoon in early June stating that she was being offered employment at a local school district. We put our toddler in our car after work and off we went to the Wisconsin Rapids area to look for a place to live. Coming from La Crosse, we knew we wanted to be closer to my family in Rapids, but we didn't know if I would get a transfer to this UPS hub, how much moving was going to cost, whether or not we would find childcare before the school year started, etc. Suffice it to say, we were MOTIVATED buyers. After combing through Zillow on the 2 hour drive, we found a dozen houses that we loved. Melissa called all of them and left voicemails on many answering machines in order to get us showings of the properties that weekend. We spoke to several agents who seemed to be frustrated that they had to take time out of their weekends to help us. Many suggested that we come back during the week, which was not a possibility for us as we worked several hours away and could not take off of work. Brian was the second realtor who showed us a property that Friday, and we refused to work with anyone but him. Not only did he answer all of our frantic texts, emails and phone calls with assurances, answers, and patience, he also walked us through EVERY part of the process. We were first time homeowners and not "street savvy" in the home-buying process. Even the mortgage lending officer we worked with was not as knowledgeable and willing to help us as Brian was. If he didn't know the answer to the question, he contacted the seller and anyone he could think of who might know the answer. We both agreed that, without Brian's help, the process would have been a disaster. We had already lost out on all of the 12 properties we had found on Zillow before the weekend was over, so we had to move quickly. We came back up to Rapids the following weekend to look at more properties and ended up finding the house of our dreams. Because of Brian, we were able to close on August 23rd, just before the school year started! From the bottom of our hearts, thank you to Brian Hanson, Renee, and the rest of the NextHome family that made our 8-year journey towards home-ownership a reality.

★ ★ ★ ★ ★
Brian did a great job selling our mother's house. He kept us informed the whole time and advised us as necessary. Would contract with him again.

★ ★ ★ ★ ★
I highly recommend working with Renee and Brian to find your next home. They were patient, understanding, and very helpful during the entire house searching and buying journey!

★ ★ ★ ★ ★
Brian is very knowledgeable, helpful and willing to go the extra mile for you. He listens to your concerns and addresses them. The sale of our current home and purchase of the new house have gone smoothly. We highly recommend him as your realtor.

WE HAVE AN EXCITING ANNOUNCEMENT

Here we grow again! Tonya Olson, is joining Brian and I to start a new team in 2019! Legacy Realtors at NextHome Partners.

★ ★ ★ ★ ★
Brian was instrumental in selling our elderly mother's home. His open communication and willingness to work with all members of our family was greatly appreciated. He was knowledgeable and understanding while meeting Mom's needs. It was a pleasure working with Brian.

Home seller/buyer
★ ★ ★ ★ ★
Brian did a great job of walking us through the process and making sure we understood all of the logistics before making a move to sell our home and buy another. We were so excited that we had an accepted offer on our home within 2 weeks after putting it on the market! He was easily accessible and readily available to answer every question we had, all the while remaining very positive about each situation that arose. We never felt like any question we had was perceived as a "dumb" question with Brian. He also connected us to service contacts when needed, and he worked us through what could have been a messy home repair situation that satisfied both our buyer's and our needs. We felt very secure with his wisdom and experience. We would choose Brian again, in a heartbeat, to manage the selling and/or buying of a home!

★ ★ ★ ★ ★
Brian was great to work with! He took the time to go over everything with us and addressed our needs and wants. Brian was very patient with us as this was our first time purchasing a home. Anytime we had a question he responed very quickly. I would definitely recommend Brian!! He was a pleasure to work with.

★ ★ ★ ★ ★
Brian did a wonderful job marketing and promoting our property from the listing phase until the final sale. He also kept us informed of all the details of the process along the way in a very professional manner. We highly recommend his services as a selling agent.

Retired
★ ★ ★ ★ ★
Working with Brian to get out house sold was a real pleasure. He is honest, competent and works hard. Highly recommended.

Marketing Dire tor
★ ★ ★ ★ ★
Brian did an absolute outstanding job! His professionalism and compassion were so much appreciated in facilitating the sale of my parents’ home. Five stars aren’t enough for Brian, I give him 10! I highly recommend Brian and his team.

Seller
I would highly recommend Brian Hanson when buying or selling. He is knowledgeable, professional and honest. Brian was always available and responded quickly if I left a message. He is an expert and a professional in his field.

Seller
★ ★ ★ ★ ★
Very satisfied. Brian kept me up to date at all times. He was very easy to work with. Brian was always ready to answer my questions and to assist me with any problems that came up. I am very pleased with Brian in handling every thing in a professional manner.


I would give him a thumbs up!

Buyer
★ ★ ★ ★ ★
Renee was so helpful. As a first time home buyer it was new territory to navigate but she helped us through every single step of the way. She was always avaialbe, morning or night (even on her wedding day!) for all questions we had. I would definitely recommend working with Renee and NextHome if you want personable, helpful and friendly people.

Figure skating coach
★ ★ ★ ★ ★
We had a wonderful time looking for houses with Brian. He is the reason we own our dream house!! There were 2 other offers and they picked us because of Brian’s help!!
He is honest and amazing!!!

buyer
★ ★ ★ ★ ★
i just want to thank Brian for his time and patience with helping me n my fiance purchased a home.. it was great working with you n i would recommend you to anyone if they want a great experience

★ ★ ★ ★ ★
Professional and relaxed atmosphere. No high pressure sales. They find the fit for you and your budget. Highly recommend

Client
★ ★ ★ ★ ★
I want whoever is reading this to understand that when I put my home up for sale I was a nervous wreck. I called Brian Hanson and invited him to come out and just help us understand the process of putting our house up for sale and what it takes to find a home to replace it. He came out to our home and talked with us like friends of 20 years. He explained everything in simple terms and gave us the confidence to jump in the water. Seriously very scary! We are very private people and this was going to be a huge step to have strangers walking through our home. Brian and his assistant Renee helped us set up times for showing that were convienant for us. Brian helped us find a home that was what we had always wanted and he worked hard for us. He and Renee got back to us within minutes when we sent them questions and concerns. I have never had such expeditious results.They sold our house within a month. Heres the part that really speaks volumes about this relator. He came to our signing at the attorneys office and sat through the signing. He has told us numerous times that if we have any questions or need anything to call. Brian has called us twice after the move to see how we are doing.You just don’t see this kind of service anymore. A person that makes you feel like you are their only customer and yet he sells homes daily for others.I have told many people about Brian and Renee at Next Home. If I had to do it all over I wouldn’t change a thing. Forever greatful!!

★ ★ ★ ★ ★
Brian if a fantastic realtor. He was always available to answer questions, anticipated our needs completely, and made the complicated process much more tolerable.

Brian was excellent and helped me a lot through the problems I had with the buyers and realtor of our house. He was always there when I needed him and worked very hard at solving the problems we had. I would highly recommend him to anyone. He had our house priced right and it sold in 4 days thanks to Brian. If you want a fair and honest realtor who will go the extra mile for you he is the one I would highly recommend to use

★ ★ ★ ★ ★
This was our first experience with selling a house and Brian made it so easy. His follow through and keeping us up to date was outstanding. He even went to the office to write up an amendment late Saturday night and responded to it on Sunday morning.

It was a pleasure working with him!

Seller
★ ★ ★ ★ ★
Awesome. Brian made sure every step of the process was done professionally. We cleared substantially more on the sale than we anticipated. Second home Brian has sold for us. Highly recommended.

★ ★ ★ ★ ★
Brian was an exelent realtor he was informative, knowledgeable, and professional. He alwase answered questions quickly and he made the home buying process easy. I would recommend him to anyone.

Brian did a great job selling our home. He was attentive and responded to our phone calls and texts about sale issues in a very timely manner. He provided details regarding setting a sale price that reflected the current market. When offers came in he spent time working through the offer and our responses on a sale price. Also did a good job of communicating with the seller realtor on details.
Show More

You will no longer receive recommendation requests from Brian Hanson