Michelle listed our house in Gloucester, VA. She spent an hour going through the house initially, and gave us a 5 page list of ‘suggestions,’ stating that by completing these we would have a higher percentage of buyers look favorably at our home. She also gave us an incredibly detailed estimated settlement page with multiple offers. Michelle took several hours to take really excellent pictures. After she took the pictures, she not only chose the best ones, but she was also able to present the house in a way that it had never been presented before. We had attempted to sell this house twice before, and no one had ever taken the
time to set the pictures up as much as she did. She stated that these pictures will sell the house. Since the people who were most interested in the house were from Florida, indeed it was the pictures that sold the house. Since we were out-of-state owners, she not only represented us properly and effectively, eventually getting us an offer within 10 days in an where 60-days on the market is the norm, she was also able to be there every time that an inspection or repair company was on station. She personally took care of some of the issues that needed to be taken care of in side the house, as if it were her own. We have never seen this kind of personal care and attention from anyone in the homes which we had previously sold. But that wasn’t what impressed us. She was absolutely On Target and Timely with every last bit of communication. Communication, when you are an out-of-state owner with your realtor, is critical. There was never a question that you didn’t answer almost immediately, or never a situation in which she failed to follow up and get back with us. As I stated previously, she was our boots on the ground… We are only disappointed that this company is not in our current area because we have another home to sell.
★ ★ ★ ★ ★ 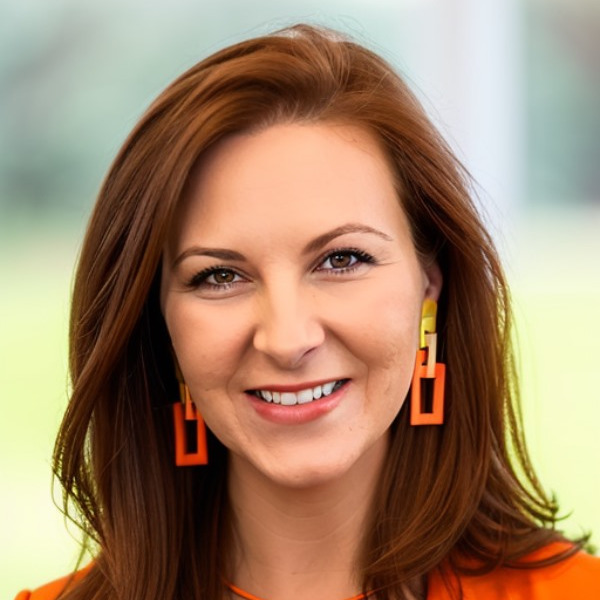 ★ ★ ★ ★ ★
Michelle was so great and professional. Michelle is fast moving and geared towards helping in anyway she can. She is very good at communicating and available way more than expected. Michelle made my wife and I very comfortable with the process of selling and purchasing our homes. I will always recommend her to friends and family as she has earned my trust which is difficult to earn. She stands above the rest in our area by far. Using Michelle is the smartest choice you’ll make.

★ ★ ★ ★ ★
Michelle is amazing! She helped us with our long distance move and was there to guide, support and answer all of our many questions along the way! Having had a bad experience with a realtor in the past, we were very anxious. Michelle calmed our fears and was a true blessing! We cannot express how grateful we are to have found such a caring, honest and knowledgeable realtor! Highly recommend!!!!!!

VP Strategy and Business Development
★ ★ ★ ★ ★
Michelle was amazing. She provided numerous options and advice in navigating all of the challenges of this difficult real estate market. Although she has many other customers, Michelle took the time with us to explore every possibility; making us feel as if we were her only clients. She was thoughtful and professional and I would recommend Michelle to anyone looking to purchase or sell in the Palm Coast area.

★ ★ ★ ★ ★
Michelle is a wonderful realtor who is very pleasant and courteous to us as a buyer’s agent. She is very experienced and thorough in her research and showings. She always gave good feedback without any pressure of making a sale. We are extremely happy with her service and would like to recommend her highly.

★ ★ ★ ★ ★
Michelle was a great help! She was always responsive, kind, honest, and super knowledgeable. We couldn’t be happier how things turned out.

Michelle did a fantastic job for us. We moved to palm Coast form New Mexico and bought the house "remotely" but because of her thoroughness and professionalism, we were confident in doing so. It all worked out great and we are very happy. The transaction (with Michelle's guidance) went smoothly without a hitch. Add in Michelle's great attitude, personality, and sense of humor and you have a winning combination. You can't go wrong picking Michelle.

I loved working with Michelle!!! She gave me knowledge of the area and made the process so easy to move from Colorado to Palm Coast. She is always available to me and even with time difference she would respond to my every question. I will definitely work with her if I ever need it and would recommend her to everyone!!!!

★ ★ ★ ★ ★
I had the pleasure of working with Michele recently during the search and purchase of my new home in Palm Coast, Florida. Not only is she extremely knowledgeable about the entire area and surrounding towns, but she is also patient, kind and friendly. She truly cares about the process, from beginning to end, but it’s also clear that she cares about the people, all parties involved. The entire time we felt like we were in good care with all her professional expertise.

★ ★ ★ ★ ★
Michelle was so helpful to us during our search for our home in Palm Coast. After looking at several pool homes on the market that didn’t meet our needs she steered us toward a new construction by Adams Homes. We are extremely happy with our new home near the beach. We’re in a lovely neighbourhood with very welcoming neighbours.

Michelle did a wonderful job finding us a nice home. She is very professional, knowledgeable and provided us weekly status of our home during the building process .

★ ★ ★ ★ ★
Michelle is Fantastic! We initially met her in March when she performed a virtual tour for us, but the timing wasn’t right. After we sold our New Jersey home we reached out to her again. She cleared her calendar for us so that we could spend the weekend finding our new home. She on the fly was able to set up multiple viewings so that when we left Florida we had a contract in hand for our new home. While we were in Jersey she handled all questions and concerns along with negotiating with an “unusual seller”. We are now Florida homeowners loving the Palm Coast life.

Retired Manager
★ ★ ★ ★ ★
Michelle walked us through every step, guided us around obstacles, and carried us to the finish line. Her experience greatly reduced the stress and pitfalls with this long distance purchase. she was recommended to us and we would gladly recommend her to all that ask.

★ ★ ★ ★ ★
Michelle McKinney was a great partner is our home purchase transaction. She was prompt and knowledgeable and we are glad that she was our realtor. We highly recommend Michelle.

★ ★ ★ ★ ★
Michelle is such a wonderful person to work with. She is so easy going and her knowledge made us feel at ease in the normally stressful transaction of purchasing a house. She is always at our disposal...never more than a phone call away. She is always willing to go the extra mile. As we live in Orlando, it was not always possible to get to listings in Paul Coast/Flagler that we were interested in, so she would visit them and send us videos, and pictures and kept us in the "loop" every step of the way. Whenever we decide to buy/sell again, Michelle will be our "go to" person..

★ ★ ★ ★ ★
Michelle was very helpful on our purchase and provided great knowledge of the properties reviewed. Her assistance was very beneficial in narrowing down which to purchase. She was very professional and very easy to work with. I would highly recommend her.

★ ★ ★ ★ ★
Michelle is a super real estate agent. I was interested in a condo site unseen and she advised me from start to finish. Home inspection, insurance, title search and more.. She made the process very user friendly. I was able to call her with all my questions at any time. I would highly recommended her. My vote is a yes. She has real estate knowledge and talent. Happy shopping

Field Service Engineer
★ ★ ★ ★ ★
I would recommend Michelle and her tea for your next house purchase or for a first time buyer. Only detail is not to sign anything u til you can ensure that after the walkthrough you are ready to sign since it becomes a bit frustrating having to deal with all the parties and may feel neglected

Retired
★ ★ ★ ★ ★
Thanks to Michelle McKinney we found the right spot in Palm Coast. She is straight forward and hardworking and pleasant to work with!
We feel very fortunate to have had her as our angel agent!
Richard and Susanna

★ ★ ★ ★ ★
Looking for a trusted Agent in untrusted world? Look no more. Michelle is the one!
Thankful to her unparalleled cooperation and help throughout all steps! Very personal and friendly approach without salesman push. Many thanks from our family! Five Stars !

★ ★ ★ ★ ★
Michelle did a FANTASTIC job for us in a unique situation. As an out of town seller, she was our trusted local rep. She has great local knowledge and she personally went above and beyond our expectations. We highly recommend her services.

The Boss
★ ★ ★ ★ ★
Hey Michelle, we can’t thank you enough for helping us find the perfect house quickly, just minutes before it was snapped up by others ! We are very excited over our choice, and appreciate the opportunity of having followed your lead and securing it quickly. You are fun and informative to be around, while at the same time, things get taken care. Thank you for all your help and we look forward to seeing you soon

Civil Engineer
★ ★ ★ ★ ★
Michelle did a fantastic job in a difficult situation. She and her team went above and beyond our expectations. Communication throughout the process was great and she was always available to answer any questions we had. Michelle seemed to be very connected to the real estate market and the right people to deal with all the contingencies that came up. We would highly recommend her to anyone.

★ ★ ★ ★ ★
Michelle McKinney is honorable, dedicated and a brilliant real estate professional! Michelle provided me with the guidance, assistance, and support I required purchasing my "first," home (property selection through construction to close). She knows the nuances of the Florida real estate realm and masterfully maneuvers its idiosyncrasies with ease.

Michelle McKinney will treat you like family and ensure your objectives are met purchasing your first or "NextHome At The Beach" !!!

We are so please with all the attention Michelle gave to our finding our new home..She stayed on top of the whole project as we were not able to be on site.she answered all our questions and made several trips back and forth to the property to make sure all was going well.Michelle definetly made us feel very good about our purchase and did over and above what we could have asked for. I would definetly call on her for. Any housing needs in the future. Thank you again Michelle love our new home!!!
Show More

You will no longer receive recommendation requests from Michelle McKinney