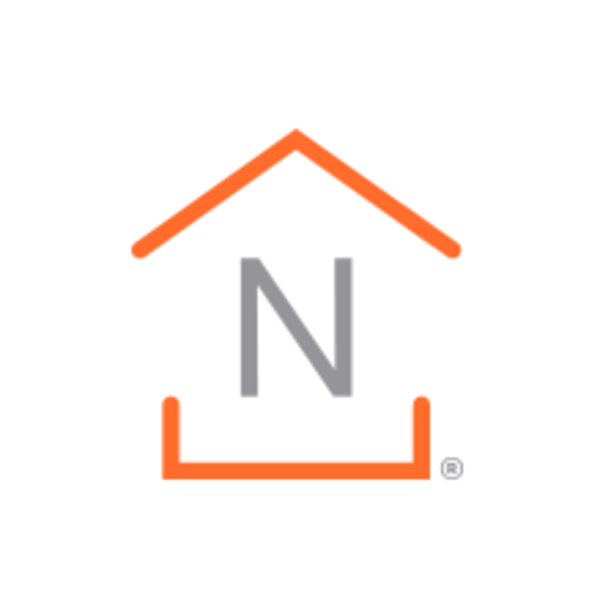 ★ ★ ★ ★ ★
Shannon was amazing! As first time home buyers, we really didn’t know what to expect. Shannon went above and beyond to make sure we were informed through the entire process. Thanks team Marzo!

★ ★ ★ ★ ★
Laura was by my side the whole way for this purchase. I cannnot recommend her highly enough. She showed willigness to share her years or real estate experience with me every step of the way. Whenever buying in Cleveland Laura will be my Realtor of choice.

★ ★ ★ ★ ★
I can't say enough good things regarding Karl and Team Marzo. The stress level going through the home buying experience was always taken down several notches when speaking to the realtor. The process from showing the houses and walking us through the process, to Mark the broker, to the final day at closing was
phenomenal because of the whole team.

Thank you from the bottom of our hearts. Couldn't have done it without you.

★ ★ ★ ★ ★
When we first met Eddie DiFlorio at the property he offered meaningful suggestions which ultimately led to the sale of the home in a few short weeks for a price which surpassed our initial expectations. Eddie’s knowledge and experience is exactly what we needed. The entire process was stress free! Eddie promptly returns calls and constantly communicates. He takes pride in his work and we were lucky to choose him as our realtor. Please do not hesitate to list your home with Eddie. If you are looking to purchase a home, I’m confident he can assist you in your search as well.

Thank you Eddie for being an amazing realtor and overall great guy!

★ ★ ★ ★ ★
We were lucky to have Carol Marzo when we purchased our "dream house". She was very supportive, quick to respond to requests and a wonderful person to work with. There was no doubt that Carol would be the realtor to sell our condominium for us. I wish that we could give her 10 "stars".

★ ★ ★ ★ ★
We would highly recommend Susan! She assisted with all of our needs! She is dependable, quick to answer emails and follow up! She truly goes beyond to make sure the process is the best experience!! Thanks for all you do!

★ ★ ★ ★ ★
After wasting time on TWO different agents who weren't listening to what we wanted & couldn't get the job done we realized we needed an above average realtor who's knowledgeable, TENACIOUS & would hear us out. We were selling a home, buying another, needed someone with not only expertise but ABOVE AVERAGE negotiation skills & willing to give of his time. We heard a lot of great things about Chad so we talked with him, extensively, immediately hired him, from then on in it was smooth sailing. He sold our house in record time, CASH deal, well ABOVE ask, putting our offer in on the dream home we'd found so long ago. As I stated, Chad has excellent negotiation skills, he's TENACIOUS he's AGGRESSIVE in a knowledgeable way ! We are now In our new home. Other two agents just wouldn't deliver, actually steering us away from the house we're now in, (THANKS CHAD). Chad brings his expertise, which is something that's sorely lacking with other realtors (we found out the hard way). If you want the job done, with an agent who KNOWS what he's doing, wastes no time doing it, CHAD IS THAT REALTOR.

Team Marzo did an amazing job selling our home. Our home sold within 3 weeks. They are very knowledgeable and know the ins and outs of the real estate business. They made the process less stressful but keeping us informed on what was happening and what was going to happen next. If you called, they would either answer the phone or return your call immediately. We highly recommend this company. Carol Marzo is an outstanding realtor.

★ ★ ★ ★ ★
Seth is by far the BEST agent I have worked with. He handled all communication with my buyer and walked me through every step of the process. His kind nature and warm smile made me trust him instantly. We needed to close suddenly in a very short timeframe and Seth was on top of it the whole way! I HIGHLY recommend working with Seth and can't wait to find our new house with his help. Thank you Seth and NextHome!

★ ★ ★ ★ ★
Shannon was great. She traveled to the area I was looking in and even helped to avoid listings that would have been a dud from the start.

★ ★ ★ ★ ★
James Marzo was the best real esate agent I have ever worked with. Very helpful, and always available to answer questions.
With out a doubt I would recommend him to any of my friends or co-workers needing a Great real estate professional

Like all our previous acquisitions together, Mr. Heikkinen was exceptional in every way. His lengthy and diverse background in all things real estate, especially investments, continues to pay off for our private equity group. He identifies potential long term rentals that are optimal money-makers and negotiates on our behalf quite successfully. I look forward to the next one Matt finds and handles for us!

★ ★ ★ ★ ★
This was my first house I purchased. Matt made this journey so smooth. I felt so comfortable and assured that I was making the right decision. I have moved in my house and finally took a deep breath and realized what a great real estate agent. I had to get me where I am today. If you want professional service, I suggest that you use Matt.

My man is a rock start of a realtor. Fantastic job. Used him twice and both times were great.

★ ★ ★ ★ ★
Matt was wonderful every step of the way!!! This was my first time taking on the adventure of buying a home on my own. Matt was very professional, courteous, and attentive. His vast knowledge of the process was indeed helpful!!! He kept me informed about all that was going on, and helped to ease my anxieties!!! I would most definitely recommend Matt to anyone looking to buy a home!!!! Thank you for a great experience!!!

★ ★ ★ ★ ★
Susan was absolutely incredible and so helpful to us with finding our first home! As first-time homeowners, the real estate market seemed daunting, however Susan walked us through everything from the beginning - allowing us to feel comfortable and supported in our decision making. Would 100% recommend to anyone needed help with real estate!

★ ★ ★ ★ ★
Alright Alright Alright! I am 100% satisfied with Chad. The list was Beautiful! His advise was perfect. He is efficient, charming, and professional.

★ ★ ★ ★ ★
Carol Marzo was my realtor. She was great. Any questions were answered and she was very prompt in getting back to me. She explained everything throughout the buying of my condo. I was very pleased, thank you Carol!

★ ★ ★ ★ ★
Amazing job by Eddie! Took care of every need. Tackled every obstacle and made my dream happen.

★ ★ ★ ★ ★
Our team member was Shannon Reigrut. She was suggested by a mutual friend of my daughter, since I don’t live in the Youngstown area and knew no one there in real estate. I was extremely satisfied with her service!
She was efficient, thorough, prepared, honest, personable, hard working, attentive to details, and a good communicator. I had never sold a home before, and she walked us through the process, explaining and recommending along the way. Questions were answered by text within the hour. We received a fair price for the home, and she surely earned her commission.

★ ★ ★ ★ ★
Anthony goes above and beyond what most agents do. He is always available to answer questions and will do whatever is necessary to get the deal closed. I will definitely use him again to purchase a home.

★ ★ ★ ★ ★
Chad was recommended by my lawyer to sell my father’s estate. He met me at the house the same day and let me know how to proceed in the sale. He took care of all the details of what I should and shouldn’t do for the house to sell. He made sure the contracts we written correctly and answered every question had. He made the process smooth and less stressful!! His company had extensive advertising for the home. Both Chad and his wife were very gracious throughout the whole process.. I would highly recommend Chad and his company!

★ ★ ★ ★ ★
Eddie was great! Ever request we had he made it happen. Nothing was ever a “ let’s wait and see.” I would highly recommend him as your agent should you decide to sell your house.

Team Marzo has been so easy and great to worth with. James and Shannon have answered every question we’ve had and helped us understand what each document meant! Highly recommend!

Matt was great he stuck with us through the whole process and was there to answer any questions or fix any issues we had. I would recommend Matt to anyone that is thinking of buying a house. Great work Matt!
Show More