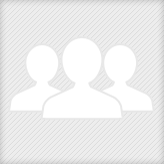 Our approach is to install systems to the highest engineering standards while making the switch simple for our customers. We've revolutionized the way energy is delivered by giving customers a cleaner, more affordable alternative to their monthly utility bill.

We call this Better Energy™.

I looked at many different solar companies before choosing LA Solar, the number 1 reason I went with them was Armen. He explained the process in a concise , no nonsense manner. He walked us through every step. He was always available for questions and replied back to me extremely quickly and believe me I asked a lot of questions through the entire install. Take my advice go with Armen use LA Solar.

I would not write anything positive about this company in my lifetime. Customer service sucks.

Armen is very helpful during the entire solar purchasing and installation process. He promptly answered my call and although there are some bumps on the road but every thing are good. I would recommend him to people whose looking for solar.

Armen is an excellent solar consultant who consistently goes above and beyond his clients expectations. He is a very hard working and punctual individual who clearly explained and was directly involved in the entire process. I have already recommended and continue to refer potential clients to him as I know they will be in great hands!

Jonathan is such a great real estate agent. Being first time home-buyers were were a bit nervous starting the process in home-buying. Jonathan's personality, knowledge, and attention to detail really made our experience a great one. He was always available to answer any questions and went above and beyond his call of duty to help us. We couldn't be more happy with our choice and home buying experience. We will definitely be referring our family and friends to Jonathan. If we could give Jonathan a 10 star we would. Thanks Jonathan

Alan worked for me for many years. He was a high producer and helped increase our overall profits. He is an individual with high ethical standards. He is a professional individual with a high energy and work ethic.

I WAS SKEPTICAL WHEN I STARTED LOOKING INTO SOLAR. I APPRECIATED CLIFF MEETING ME WHERE I WAS AND STARTING ME OFF WITH A BRIEF OVERVIEW OF WHAT SOLAR COULD DO FOR ME. I WAS INTRIGUED AND LIKED WHAT I HEARD, SO I ASKED HIM TO TELL ME MORE. HE WAS ZERO PRESSURE. THE SOLAR PANEL PROCESS WAS VERY SMOOTH. I HAD TWO TIMES WHEN I HAD QUESTIONS AND I TEXTED CLIFF AND HE RESPONDED IMMEDIATELY AND WAS THERE TO WALK ME THROUGH. -- CLIFF WAS FANTASTIC! --

We worked with Cliff getting our solar system installed. Cliff walked us through from step 1 til the system installed.
There were some broken tiles during the system installation. Cliff made sure the tiles got replaced. He is very responsive with our questions or concerns.
We like him so such that we have successfully recommend a couple new customers .

Cliff did a good job in getting us into a solar and battery system. We have had the system up and running for about a week now and could not be happier. There was even a power outage in our neighborhood and we were not impacted at all. I would recommend Cliff to anyone in getting a solar project done.

Nathan is doing a good job assisting me with my solar purchase. He knows what is the best for my needs and he stays during the installation to make sure everything is good. Recommended...

Excellent to work with

Cliff walked us through the process during our first meeting. He was very patient with all my texts and questions. Once the process started, he kept us apprised all the way through, and even pushed every angle possible to get us up and running prior to the end of the year, in order to validate our tax credit. The system works as Cliff told us it would, and provides even more than estimated. I will be using Cliff for my next install at our new house.

Cliff was a great pleasure to work with on our Tesla solar project. He guided us every step of the way from first consultation meeting through turning on the solar power and beyond. Great personality, knowledgeable and he helped make the transfer to sole power seamless and stress free. If you are looking for solar, I Highly recommend Tesla and Cliff

As for many, working with Cliff was easy and pressure free regarding our decision to go solar. He was thorough and present during the entire process unlike what some would experience with others where the sales rep is last seen after signing the contract. But there's more to working with Cliff than just business. I was quick to refer him to my father who became interested in going solar as well, and warned Cliff about how difficult it could be to win over my dad over and gain his business. But Cliff being the patient guy he is, prevailed. A few months later, my father passed unexpectedly. It was a shock to say the least. Cliff showed up to my dad's memorial and reciprocated his support. This went to show that Cliff took the time to know my dad and is very appreciative of the support he receives. This is something people don't get a chance to realize and experience from people they do business with. I'm so happy that my family's business was expedited through this man, and I'm confident that other's will be as well.

We really enjoyed working with Cliff. He was very aware of our needs and provided the information of a system we could own. He was always on time for appointments, respectful of our schedule and our home. He explained the process from beginning to end, so we knew what to expect. He followed up with his co-workers to see that everything was done in accordance with our agreement and plans. Everything Cliff told us came to be and we are very satisfied with our solar system and its performance.

Cliff met with me to discuss potential for owning solar panels on my residence nearly two years ago. The discussions were fact based, honest and without marketing hype. An approach I appreciate and like. I liked what I heard and executed a purchase with Solar City that has met all expectations. My bill is consistently in the negative despite increases in use nearly two years later. The installation team was awesome, the procurement with Cliff smooth. Nothing but satisfaction on my end of the deal.

It was a pleasure to have Cliff help me understand the entire process in acquiring my Solar system. He was very thorough and detail oriented in explaining from beginning until the end process. He is always responsive of my inquiries.
I am proud to be an owner of a Tesla solar system in my house,
I highly endorse Cliff.

I interacted with energy advisors from two other Solar PV installation companies before I decided to go with Tesla. The main reason for choosing Tesla over the other companies was Cliff. Cliff is knowledgable and patiently explained the process of selecting and installing PV panels. He was low pressure and did not push me to buy extra stuff or make a decision quickly. Cliff was always available to answer my questions and walked me through the whole process. I highly recommend Cliff Baxter if you are planning to install PV panels.

It was great working with cliff
Always on top of

Cliff did an outstanding job! He was on-time for our meetings. I never felt rushed, and he took the time to explain everything clearly, and answered all of my questions to my satisfaction. He served as the go-to guy for the entire process, and was always professional. I give him 5/5 stars!

Working with Cliff was a fantastic experience! He was knowledgeable, reliable, punctual and was consistently making sure that we were well informed throughout the process. I would highly recommend Cliff to anyone looking for solar!

Cliff did a great job of explaining the process of getting solar and answered every question we had or got back to us in a very timely manner with an answer. He also immediately followed up on any referrals we emailed him about.

Yes I will tell you. He sold a solar system to us after he answer a few major questions concerning my needs. Come to find out that his words were just words. Anything to sell you a system. Doesn’t respond to voicemail and his SOLARCITY email doesn’t exist. Beware of doing any business with him and SOLARCITY. Don’t get scammed like I did

What an excellent home buying experience! Realator, Johathan Brunasso (johbrunasso@gmail.com) with exp Realty was truly great to work with. He was able to negotiate great terms on our behalf, was timely in all requests and required paperwork, and has great contacts and references for the work that was required during and after escrow. He even helped with closing costs and recommended the lender who covered the appraisal! In addition, Tim Manfro with Freedom Mortgage was also great to work with and was able to adjust to our needs. I never thought a home buying experience could be so smooth and am grateful for their expertise and professionalism!
Show More