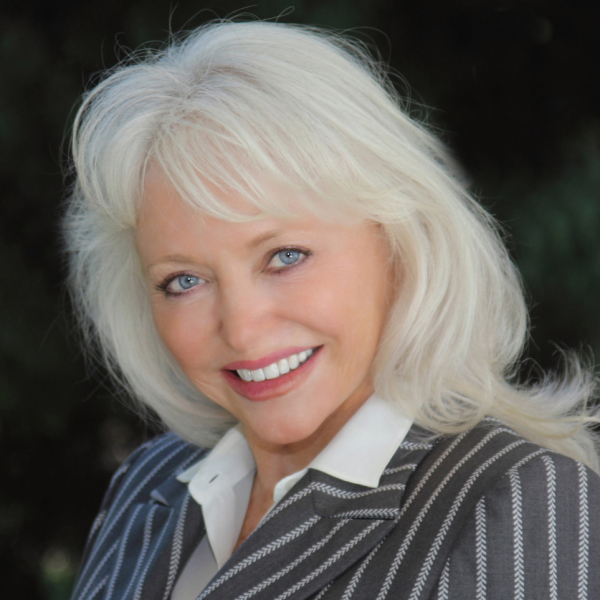 Owner The Mortgage Network NMLS 198166
Jaxzann Riggs is the President and Owner of The Mortgage Network, a Colorado Corporation founded in in 1985. Prior to this, Jaxzann worked with Transamerica Mortgage and Shelter Mortgage. When she left, it was to create The Mortgage Network, a full service residential mortgage lender committed to delivering superior service to Denver area Realtors and their clients.
As a former FHA/VA underwriter and an active loan originator, Jaxzann brings over 30 years of experience to every transaction that she handles. Jaxzann is a certified “education facilitator” with Mortgage Training Institute, a long standing member of the Colorado Association of Mortgage Professionals, a member of the National Association of Mortgage Professionals, and is in good standing with the Denver Better Business Bureau.

Broker
Jaxann is the best!

Jaxzann and her team were very knowledgeable and were a breeze to work with. I would recommend her to anyone.

Real Estate Agent
Jaxzann is a dream to work with. She’s knowledgeable, professional, and prompt in her response time. She really just understands this business in and out and it makes my job so much easier when I’m working a transaction with her.

Jaxzann and her team where amazing to work with, they made the process of getting a mortgage very easy. They where always available when ever we needed something done even if it was after normal working hours.

I highly recommend her and her team. They will do a great job for you.

Jaxzann and her team made the mortgage process as easy as can be! First time home buyer here and I was walked through everything and anything so I wasn’t left in the dark on an matter. Her team helped me feel confident in my purchase and doing business with jaxzann’s company. I would recommend friends, family, and acquaintances!

Working with Jaxzann and The Mortgage Network was a wonderful experience. We were looking for someone who would be able to keep pace with Colorado’s strict timelines, and she came through from start to finish.

Through the offer process, not only was she available and responsive any day of the week any time we reached out, she was also genuine, supportive, and enthusiastic for us. She advocated for us to sellers’ agents, commiserated when we lost out against irrationally high offers, and celebrated when we finally got the house of our dreams.

The contract period was much less stressful because we felt so confident that she would meet all timelines and funding would be ready when expected.

This was our first home-buying experience and now our bar is set pretty high for the future. We wholeheartedly recommend Jaxzann!

retired
We are very happy with her !!!! We dealt with her for 6 months, always answers her phone. She was an extreme professional, as was Trish H. we could not have survived this adventure without them! Thanks a lot. Lou & Darla S.

Consultant
Jaxzann was great to work with because she got me the best rate and showed she was willing to go to bat for me to get me into my new home.

Jaxzann was super knowledgeable, kind and patient throughout our process of applying for a loan. She was always available when we needed her. She responded to questions quickly and at all hours of the day. I highly recommend using Jaxzann and her team!

VP
For the record, I'm not all that big on leaving feedback, but when it's well earned (in either direction) I'll take the time to do just that. The following feedback is well earned ...

We've had the pleasure of working with Jaxzann in the past, so when it came time to refinance our home the selection of a mortgage lender was an easy decision (full disclosure: as informed consumers we did investigate others).

Following the aforementioned investigation into other lenders I called Jaxzann. Less than three weeks later we were at the closing table, the process having gone as smoothly as we could have reasonably hoped. Not surprisingly, that's exactly how things went on the other transactions she's helped us with.

Jaxzann is knowledgeable and professional, and she has a solid team at her disposal. That she has a very easy way about her is an added bonus.

Oh, and costs - can't forget the costs. Comparing mortgage offers can be a time-consuming exercise in frustration, but it's an important one. Suffice it to say that what we paid was very competitive in the industry, particularly given the level of service provided.

Jaxzann is truly wonderful at what she does. I would gladly work with her again, anytime!

Jaxzann and her team do an excellent job of helping their customers. This is my second time working with Jaxzann and as before, she was efficient, knowledgeable and helpful will all questions.

Thanks Again for a Great Job Done!

Jaxzann has helped me purchase and refinance my home. On both occasions, she has been patient, enthusiastic, and knowledgeable while she guided me through the whole process. I appreciated that she would respond quickly to questions (which were abundant) and she was flexible with my needs and desires. I would recommend her to anyone looking to purchase or refinance a home.

Business Manager
Jaxzann and team were wonderful to work with. They went above and beyond to provide excellent customer service and some of the best rates I could find. Will be doing business again with Jaxzann for my next home!

Forget about using anyone else for you mortgage / loan needs - just use Jaxann and her team at The Mortgage Network. I cannot recommend them enough!!! They recently helped me through the process of buying my first home. I would not have been able to do all of this without them! The Denver housing market is insane, but my very first offer was accepted on the very first house I made an offer on! Honestly, I think a big part of that is because the seller knew I was working with Jaxann and The Mortgage Network. Jaxann and Les helped me through every single part of this tedious process and were alway available for any question I had. I felt like I was in good hands the whole time which allowed me to just sit back and enjoy the adventure of buying a home. I really enjoyed working with Jaxann and would do it again in a heartbeat!

the mortgage network has to be one of the best company that i work with to refi. my home,this is the third time i have use Jaxzann Riggs and she is GREAT to work with.

Jaxzann and her team were phenomenal in getting my loan processed fast and efficiently. The process was seamless and very easy to complete, even closed on my loan a few days earlier! As usual they did not disappoint and I highly recommend working with them on all your mortgage loan needs.

VP of Standards
Jaxzann Riggs did an amazing job with my loan. She was fast, efficient and got me a great interest rate!

Sales/Realtor
Jaxzann and The Mortgage Network Team are awesome! They helped us expedite our refi, answered our questions graciously, very accommodating of our requests and it was so easy for us during this unprecedented time! I highly recommend this team and will use them in the future when any Mortgage needs arise.

Working with Jaxzann was a pleasure. She was prompt in answering all of my questions and provided me all of the information I needed to make the best decisions for myself. She always made herself available and went above and beyond to help me purchase the home of my dreams!

Jaxzann was so helpful and quick at each step of the process. Everything felt seamless! We especially appreciated that she gathered all the info at the beginning so that when things got busy or stressful with the home buying process- she already had the paperwork she needed and we didn't have to try and track anything down. Thanks so much for all your help!

Broker Associate, Berkshire Hathaway
I have known Jaxzann Riggs of the Mortgage Network for over 20 years. She is always professional and prompt when I call her to assist my buyers. She has successfully closed 3 loans for my clients this year. I would highly recommend Jaxzann and her company to assist with any of your loans.

Jaxzann was fantastic! This was my first home purchase and I was overwhelmed by the whole process. Jaxzann explained the process and my options in easy to understand terminology and was tirelessly patient in addressing all of my nervous first-time-home-buyer questions.

Realtor
Jaxzann was very communicative and prompt with delivering an update on the status of the buyer’s loan progress throughout the whole transaction. She is also very professional and has a high level of expertise as a lender. I enjoyed working with her and would encourage any buyers to talk with her about their specific budget and needs in order to find the right loan for purchasing a home.

Staff accountant
I reached out to Jaxzann regarding a refinance and she responded the same day with an excellent rate. We had our refinance completed within two weeks. Jaxzann, Cathy and the rest of her team are amazing people to work with. They really do care!
Show More

You will no longer receive recommendation requests from Jaxzann Riggs