Awesome. Brian made sure every step of the process was done professionally. We cleared substantially more on the sale than we anticipated. Second home Brian has sold for us. Highly recommended.
★ ★ ★ ★ ★ 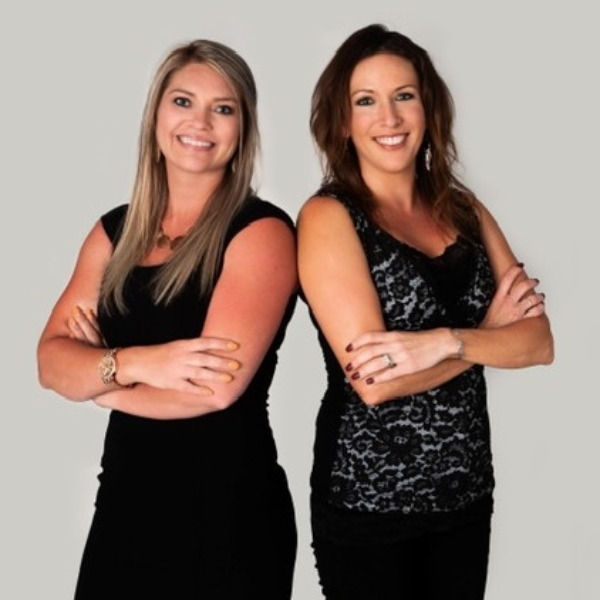 The home we purchased was a "second Home/vacation home" so things were mostly done remotely by me, meaning Tonya Olson did the work without close contact with me or my wife. She was always very responsive to my questions and made contacts for me, thus saving several trips. The transaction went smoothly and we had no problems or issues. I highly recommend Legacy Realty and especially Tonya Olson.

★ ★ ★ ★ ★
We worked with Brian and Renee. They did an amazing job making sure we understood everything and advocating in our best interest, both selling and buying. We had a minor hiccup in the home stretch with the house we were buying, nothing to do with Brian or Renee, but Brian worked fast to resolve the issue. Highest rating for both of them!

Pastor
★ ★ ★ ★ ★
Brian made our transition and sale of our home a smooth experience. He was professional, sensitive to our needs and timeline, and went the extra mile to ensure a successful sale.

★ ★ ★ ★ ★
Legacy was able to sell a unique property for me. Not everyone might want 2 rentals directly related to their house. We knew it would take a special couple that could look beyond! And we found the perfect family. I was treated with the greatest respect and professionalism by Legacy. Thanks Brian, for assisting me in the next stage of life.

★ ★ ★ ★ ★
I would highly recommend Brian and team to anyone searching for a new place to call home. In this crazy market, Brian helped me find the perfect place for me. I truly appreciated all of his time and advice.

★ ★ ★ ★ ★
I chose NextHome Partners based on the large number of their For Sale signs posted on the West Side of Wisconsin Rapids. I wanted to work with a company that was familiar with my late mom's neighborhood. I worked with Renee Anderson and couldn't be happier with the results. Renee and her team member Tonya Olsen listed and promoted my mom's house, and we received a good offer within one week of listing it. Renee made the job of listing and selling mom's house easy, clearly explaining the process and paperwork, and she was always available by phone or text. I really appreciated her prompt communications and friendly courtesy in dealing with our questions and concerns. If you want to work with a company that values customer service, I highly recommend Renee Anderson, Tonya Olsen, and NextHome Pertners.

★ ★ ★ ★ ★
It was a pleasure working with Renee Anderson. In less than a week from first meeting with her, my offer on a home was accepted. Her expertise through the entire home buying process was greatly appreciated. She promptly answered my texts, even those sent outside normal working hours. I highly recommend Renee to anyone looking for a personable and professional realtor.

★ ★ ★ ★ ★
The entire selling process was painless with Brian's expert guidance and advice.

★ ★ ★ ★ ★
Working with Brian made selling our home a breeze. As first time home sellers, we needed a great deal of guidance. Brian's patience and professionalism highlighted our experience. His online presentation of our home resulted in fourteen showings and four offers in four days. We would recommend Brian and his team without reservation.

Financial Accountant
★ ★ ★ ★ ★
I worked with Brian Hanson and he did an absolutely amazing job! He really went above and beyond. He made sure to explain everything in detail to me and was always happy to answer any questions. He was so helpful, professional, and pleasant to work with. You can tell his concern is for his client and not just for the sale. This is our 3rd time working with Brian and I would highly recommend him and his realty to anyone looking for a fair, knowledgeable, and reliable realtor.

business owner
★ ★ ★ ★ ★
Brian is an amazing realtor. He is, simply put, great at his job. His honesty, instincts, and experience will put your mind at ease knowing he has only your best interests at heart. Whether it's finding your starter home or your forever home, Brian and the Legacy Realty team are the way to go!

★ ★ ★ ★ ★
Legacy reality rocks. I was selling and moving from out of state and ran into a few glitches before I could finally move to Wisconsin. Brian and his team found the perfect home for me and helped make moving easier. I more than highly reccomend Legacy Reality for both buying and selling. Thank you Legacy Reality for everything you've done for me.

I recommend Next Home Partners!! I recently excepted an offer within approximately the first 3 days of showing my house! Next Home Partners Reality are very helpful, very professional, very friendly and they are outstanding in all they do. They answer and help you with any questions and are really great through out the whole process. I am truly grateful for such wonderful Realtor agents at Next Home. Sincerely, Jane Singstock

Retired
★ ★ ★ ★ ★
Couldn't be happier with the job Brian Hanson did in selling our home. Professional no nonsense approach was appreciated. Thanks Brian

Accountant
Brian and Renee could not of been more helpful. We sold and bought homes simultaneously, with all that going on they guided us through seamlessly, making the experience fantastic. They were available for questions and understood what we were looking for by asking great questions.

Creative Designer
★ ★ ★ ★ ★
From listing and selling our home to buying and closing on our new home, Legacy Realty has exceeded all our expectations. We have bought and sold homes before but this has been the first we have used a realtor, what a great experience! Brian and his team were professional, accommodating and listened to our needs. Thanks for an awesome home selling and buying experience!

Graphic Designer
Selling and buying our new house was an incredible experience with the Legacy Team. They not only met , but exceeded all our expectations. Very professional and accomidating. They listened to what ours needs were, and catered to them. First time using a real estate agent to buy or sell a house and thinking the only way to go after using Brian and his team. Thanks again, Legacy Realty!

Homeowner
★ ★ ★ ★ ★
Brian & his team were friendly, professional and great all around. They stayed in touch with us constantly, and answered questions quickly. We'd work with them again in a heartbeat.

★ ★ ★ ★ ★
We had the opportunity to work with Brian and Renee when looking for our new home. They were both excellent at their jobs, and really listened to what we were looking for. Once we found just the right place, Brian was with us every step of the way. From the initial offer to the closing and move. Communication in such major transactions is vitally important, and Brian kept us up to speed at every step. They were also great in working with our busy schedules. Evenings and weekends were not a problem. I would highly recommend the Legacy Realty team to anyone looking to buy or sell a home.

★ ★ ★ ★ ★
Tonya did an incredible job helping us throughout the entire process of selling our home. She was always available to answer our questions and was encouraging and supportive through all the decisions we had to make. She made the experience less stressful with her calm yet confident demeanor. Her knowledge and experience truly made the process smoother than expected and we are thrilled with the outcome. We highly recommend Tonya and her associates!

★ ★ ★ ★ ★
Brian was great to work with! He made selling our home a smooth and stress free experience. Thank you Brian and Legacy!

Home seller
★ ★ ★ ★ ★
Brian and his team were with our family every step of the way while we were selling my parent's house.
No matter the question, it was answered in a timely fashion and in a way we could understand.
Thanks again for the outstanding service. We would highly recommend Legacy Realty to anyone looking to buy or sell their property.

★ ★ ★ ★ ★
The legacy team was awesome to work with. They were very professional and always responded quickly to any questions I had. They made the process very easy. I would highly recommend them to anyone.

★ ★ ★ ★ ★
Tonya was a pleasure to work with. She invested a lot of time looking at a variety of different properties but in the end she found our family a perfect home! Thanks Tonya for all your hard work, late night calls, tours and messages. I look forward to working with Tonya again in the future.

WRPS and UPS
★ ★ ★ ★ ★
Wow, where do we even start.... We first found out we were moving when Melissa received a call on a Friday afternoon in early June stating that she was being offered employment at a local school district. We put our toddler in our car after work and off we went to the Wisconsin Rapids area to look for a place to live. Coming from La Crosse, we knew we wanted to be closer to my family in Rapids, but we didn't know if I would get a transfer to this UPS hub, how much moving was going to cost, whether or not we would find childcare before the school year started, etc. Suffice it to say, we were MOTIVATED buyers. After combing through Zillow on the 2 hour drive, we found a dozen houses that we loved. Melissa called all of them and left voicemails on many answering machines in order to get us showings of the properties that weekend. We spoke to several agents who seemed to be frustrated that they had to take time out of their weekends to help us. Many suggested that we come back during the week, which was not a possibility for us as we worked several hours away and could not take off of work. Brian was the second realtor who showed us a property that Friday, and we refused to work with anyone but him. Not only did he answer all of our frantic texts, emails and phone calls with assurances, answers, and patience, he also walked us through EVERY part of the process. We were first time homeowners and not "street savvy" in the home-buying process. Even the mortgage lending officer we worked with was not as knowledgeable and willing to help us as Brian was. If he didn't know the answer to the question, he contacted the seller and anyone he could think of who might know the answer. We both agreed that, without Brian's help, the process would have been a disaster. We had already lost out on all of the 12 properties we had found on Zillow before the weekend was over, so we had to move quickly. We came back up to Rapids the following weekend to look at more properties and ended up finding the house of our dreams. Because of Brian, we were able to close on August 23rd, just before the school year started! From the bottom of our hearts, thank you to Brian Hanson, Renee, and the rest of the NextHome family that made our 8-year journey towards home-ownership a reality.
Show More

You will no longer receive recommendation requests from Legacy Realty