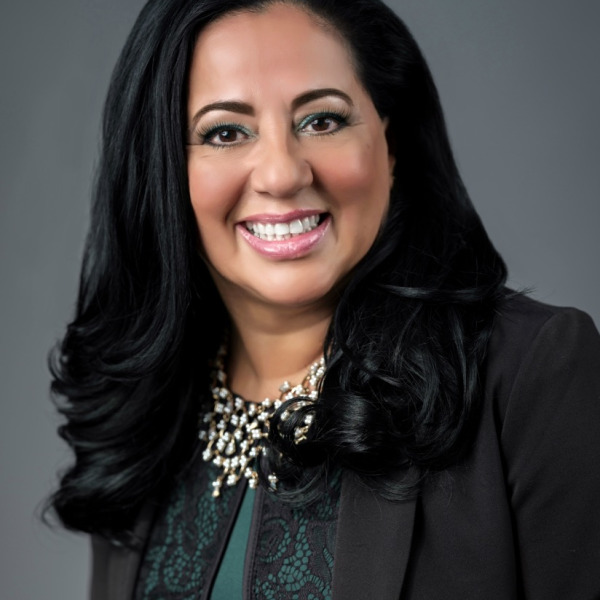 Clinical Director
★ ★ ★ ★ ★
Ms. Jeanette Pino is a professional real estate agent who performs her work with a high level of enthusiasm and integrity. She readily understood the features I was looking for in a home and community. She was very organized, reliable and responsive. She also demonstrated an impeccable ability to communicate the complex transactions of purchasing a home.

Manager
★ ★ ★ ★ ★
I would recommed Jeaneth Pino because she gets the job done! She is highly motivated and dedicated and extremely knowledgable in her field. She is personable and treats her clients as if they were her only one. She offers sound advice based on her experience and knowledge, which has always been very helpful to me.
She sold my condo in literally a month and I couldn't be happier!! I highly recommend Jeaneth for your next rent/buy/sell! You won't be dissapointed.

Client
★ ★ ★ ★ ★
Jeaneth has been a professional and she is well knowledged in Short Sales and House Sales. I recently been with another broker who completely screwed up the whole deal , which i lost time and plenty of money as well as the purchaser. Fortunately Jeaneth came along and cleaned up the mess and now I am much happier.

Seller
★ ★ ★ ★ ★
Jeaneth Pino is the only real estate agent I will trust when screening tenants for my house. She is very responsible, organize, thorough, and detailed. I've contacted Jeaneth Pino to rent my house for five years now and every tenant she has found for me has been the ideal tenant.

Buyer
★ ★ ★ ★ ★
She was so easy to work with...gives you her professional opinion even if it means her not making a sale (she looks out for your best interest). We enjoyed working with her and would highly recommend her. Easy to talk to, easy to work with, easy to get in touch with.

Buyer
★ ★ ★ ★ ★
My wife and i know Jeaneth since 1994. She helped us find our dream home. She is very knowledgeable when it comes to real estate. It's good to have someone like her at your side when your are trying to make the most important transaction of your life, buying a home. Tell her what you want, and she will try to find for you. JSanchez

Buyer
★ ★ ★ ★ ★
We have delt with many realtor but without doubt Jeaneth is best. She undestood our family needs and worked fast and efficient; sometimes we suggested a propery and we recieved the status of the house immidiatly. Buying our house was enjoyable and satisfying experience because Jeaneth's knowledge of the area and market. Our family is greatfull for her hard work and honest service.

Buyer
★ ★ ★ ★ ★
From the first time we met her, we knew she was the ideal, experienced and honest real estate broker. She walked with us every single step with specific details about what we needed in order to purchase our home. She was very knowledgeable, helpful, patient, reliable and always available to answer any questions we had. We highly recommend her to anyone whether they're buying a single, multiple family home or any type of property.

Seller
★ ★ ★ ★ ★
Jeaneth Pino is very friendly, helpful, professional, honest, and extremely knowledgable. She clearly explains the process and answers all questions. She was thorough when going through each room to let me know how to stage the home and kept me posted on each showing. She is my first choice in buying, selling, or renting a home. I highly recommend her. L

Seller
★ ★ ★ ★ ★
Jeaneth communicated extremely well during the selling process. Her response time was excellent and she was eager to help my wife and I sell our home. She is honest and willing to make suggestions to help sell your home. If I was buying or selling a home I would call her first!

Buyer
★ ★ ★ ★ ★
Jeaneth worked with me from the beginning of the process. She recommended a mortgage broker and post control company. She has many reliable contacts and she is very knowledgeable and professional, but also has a caring personality

Buyer
★ ★ ★ ★ ★
eaneth was great to work with. It took 8 months to find the right home and she stood by me the whole time. She was always available to show me houses and she never held back pointing out a homes shortcomings. She knew the neighbor hoods in great detail. She negotiated a great deal for the home I purchased. During the closing process she stayed in constant contact with me to let me know how it was going. The entire process went very smoothly and I have Jeaneth to thank for that. I highly recommend Jeaneth as your agent.

Buyer/Seller
★ ★ ★ ★ ★
n 2009 Jeaneth helped my husband and I find a great starter home. Now it's 2017 and Jeaneth has helped us again with finding our 2nd home. She was always available for our calls and to answer any questons we would have. With her many years as a agent, Jeaneth is very knowledgeable and professional.

She will help you throughout your process from buying or selling from beginning to end. If you are looking for a reliable agent who has your best interest at heart then Jeaneth is the one!!! Jeaneth is the BEST!!

Buyer
★ ★ ★ ★ ★
I would definitely recommend Jeaneth Pino to anyone buying a home. Jeaneth was patient, knowledgeable and very flexible. She is a very warm and friendly person that is very easy to work with. I am glad she helped us during this big step in our lives, we are very pleased with our purchase . Thank you, Jeaneth!

Buyer
★ ★ ★ ★ ★
Jeaneth Pino is THE BEST real estate professional I have ever worked with. She is honest and responsive. Jeaneth was extremely helpful in negotiating every step of the way. Jeaneth is diligent in her work and pays attention to every detail. I HIGHLY recommend Jeaneth as she is professional and sincere in every aspect of her work!

Seller
★ ★ ★ ★ ★
I have had the pleasure of working with Jeaneth on three separate occasions, and each experience was very positive and very pleasant. In 2003, Jeaneth assisted with the purchase my first home, then 7 years later she helped me sell that home and purchase my second home. A domino effect that went as smoothly as humanly possible, considering it was at the tail end of the school year and my young children were still attending classes. Then, low and behold, another 7 years later Jeaneth successfully helped me sell again! I can’t begin to express my gratitude.
Prior to meeting Jeaneth, I met with a handful of real estate agents who just didn’t impress me. They never put forth the effort I felt that was needed in the house hunting arena, and never made me feel nearly as comfortable as Jeaneth did. I always felt like I was doing all of the leg work and they were merely opening the front doors to show me the property. But the moment I met Jeaneth, I knew she was of a different breed. Jeaneth was attentive, knowledgeable, and dedicated from day one and those characteristics remained throughout the relationship. She listens carefully to the purchaser’s wants and needs and helps tailor their searches to finding the perfect home.
The first time I met Jeaneth at her office, she handed me a folder with 10 printouts to 10 different homes that were all scheduled for viewing that afternoon. She had each home pre-programmed into her navigational system and when I jumped inside of her car, she handed me a pen and told me to rate each home from one to ten and take notes on each page correlating to the house after we toured it. The efficiency of the drive from one house to the next was extremely impressive. There were even occasions when we skipped viewing a home because I was not satisfied with the location, and we merely drove to the next home on the list.
Jeaneth is highly skilled in her field and that becomes apparent at your first encounter. I have recommended her to many friends who were also really grateful because let’s face it, “You Should Have A GREAT Relationship With Your Agent.”

★ ★ ★ ★ ★
Jeaneth Pino was outstanding in helping me sell my condo at the right price. I prized her knowledge, professionalism, and integrity throughout the process. Jeaneth was always available when I called her for advice, and she continually kept me up to date with the latest developments. Highly recommended.
Show More

You will no longer receive recommendation requests from Jeaneth Pino